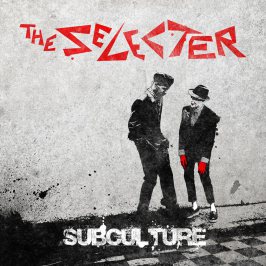 MOJO – ★★★
THE SELECTER – SUBCULTURE – DMF RECORDS
Earlier this year The Selecter centred around frontwoman Pauline Black and original toaster Arthur ‘Gaps’ Hendrickson, celebrated the 35th anniversary of their 2 Tone debut Too Much Pressure by performing the album in its entirety for the first time around the country. See Them A Come and band original Open Goal here could both date from that time; the former a rude boy cover of Mr Foundation’s Studio One anthem, the latter a ball of punk ska energy. The rest of Subculture spreads the net wider though – Box Fresh, about musical new beginnings, is the kind of pop reggae released on the Trojan label in the late ’60s; Breakdown is a heavy protest dub featuring mournful trombone and eerie melodica; It Never Worked Out, sung by Gaps, is pure lovers rock.
Lois Wilson

THE INDEPENDENT ON SUNDAY – ★★★★
THE SELECTER – SUBCULTURE – DMF RECORDS
Bands who produce a clutch of classic singles during some earlier era face a near impossible task when they release a new album because they’re competing with their fans’ treasured memories. And so it was that only when I hear tracks from Subculture live did it become clear that they held their own alongside two-tone classics such as ‘Too Much Pressure’ and ‘On My Radio’.
In fact ‘Open Goal, a twisted battle-of-the-sexes duet between founders Pauline Black and Arthur ‘Gaps’ Hendrickson, with its amusing football extended metaphor, would undoubtedly chart were it given sufficient airplay. Quality control issues aside, kudos to any band who regularly release new material rather than just rest on their musical laurels.
Howard Male

THE HUFFINGTON POST – CLAUDIA TOMLINSON
THE SELECTER – SUBCULTURE – DMF RECORDS
“Remember The Skanking TV Pigeon? The Selecter’s New Album ‘Subculture’ Is The Soundtrack Of Summer 2015″
Subculture is the rhythm-packed, vibrant, fresh new album from The Selecter, and listening to it you understand why this band has remained relevant, and with a strong following today. The album is a 12-track work and is mostly co-penned by Pauline Black, the iconic voice of contemporary ska/reggae/2-tone music.
Arthur ‘Gaps’ Hendrickson, also co-writer on several of the album tracks, is the only other original member of the band, and though the band is not overly focused on nostalgic backward glancing, it is somewhat charming to know that these two are still a combined force. Gaps’s authentic and credible MC’ing and harmonic vocalizations are a pleasure to listen to as this is a voice you have to search hard to hear today. 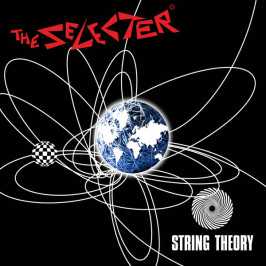 It's been 2 years since 2-Tone legends The Selecter, led by original vocalists Pauline Black and Gaps Hendrickson, reunited to celebrate the 30th anniversary of their best-selling debut album Too Much Pressure.  During that time, Black (who secured the trademark to the band name in June 2011, while original guitarist Neol Davies and his band also perform the band's music under his name "Neol Davies AKA The Selecter") and Hendrickson have been very busy. They've toured the U.K., Europe and Australia with their band and released an album Made In Britain in 2011 that explored and trumpeted multiculturalism and included a striking cover of the Amy Winehouse classic Back To Black. Black also wrote and published her autobiography Black By Design in 2012 to much acclaim.

Historically, what always set The Selecter apart from other 2-Tone bands, was the pairing of Davies songs and guitar playing and Black's voice, stage energy and unique rude-girl style. Though Black and Hendrickson continue to anchor the bands' vocals, providing continuity to their storied 2-Tone past, on their new 10 track album, String Theory out later this month on Vocaphone Records (available on iTunes, Amazon and CDBaby), they have smartly surrounded themselves with a tight and talented group of musicians who honor the band's iconic 2-Tone sound.  Black and Hendrickson have used that musical foundation to write and record ten modern ska songs that are rooted in the band's legacy but that explore a new spin on 2-Tone's original ideals. Stream the album on the band's web site here.

Following in the tradition of The Selecter’s famed version of James Bond,  the band kick off String Theory with a 2-Tone version of The Avengers, over which Hendrickson re-tells the story of the much loved 60's TV anthem.  Then the album gets down to serious business. The opening chorus and hook of slow reggae burner Prince Among Men, make it clear that The Selecter are on a musical and political mission, as they pay respects to leaders who have worked to give a  voice to the dispossessed: "If a man has to die, make it for a good reason, not to cover up a lie, history is the killing season."  I was also especially struck by Flatworld, which sounds like a long-lost track from the band's underrated second album, Celebrate The Bullet.  It features a fresh, new wave meets reggae sound that laments how we both are connected and alienated from each other as we stare at our flat screens as Black croons "Cest La Vie/La Vie/La Vie."

While I could be wrong, I gather Doors Ever Open, ostensibly about a bad romantic break-up, may actually be about the band's split with Davies, as Black sings: ‘The candle lost its spark/Left me in the dark/Sitting in this draught/The doors ever open’.  The band explore ska/psychedelia on Postmodern with a knowing nod to The Specials "Stereotype" taking aim at an unnamed conservative (perhaps the current British PM?) who say what is politically expedient but who hold tight to their old, outdated belief systems that prevent progress.

While Davies will always remain the band's musical touchstone, guitarist Anthony Harty (who was recruited at the age of 16 by Paul Weller to join the original version of the Style Council in 1984 and later toured with Special Beat, Sting, Squeeze and recorded with Lee 'Scratch' Perry) shows some serious chops of his own throughout the album. Just check out his guitar flourishes on the 60's styled big band ska song Secret Love, the orchestral High Hair (a moving song about a woman's mid-life crisis) and particularly on the muscular and memorable London's Burning,  about the 2011 riots, and another song that harks back to the band's earlier lament Bristol and Miami about riots that decimated both those cities in the early 80's.

The album ends on an especially high note, with the single worthy 667 (Neighbour Of The Beast), which may be the best song on the album, and an instant classic.  It is an emotional, ska/soca duet between Black and Hendrickson about disappointment and regret, during which Black explains the universal meaning of the album title.  All in all, its a powerful end to a great collection of songs.

Many of the new songs beg to be played live and hopefully they will get a proper outing on the band's U.K. tour in March and U.S. tour in April that includes two performances at the Coachella Valley Music and Arts Festival On April 13th and April 20th.

I highly recommend String Theory.  Its a testament to the power and ethos of 2-Tone music to make us dance and think at the same time.
﻿ 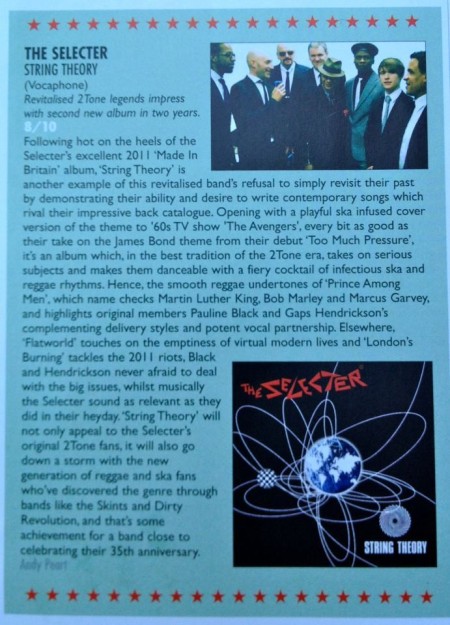 'Made in Britain' Reviews 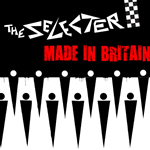 ...Opening track 'Big In The Body-Small In The Mind' is a reworking of Woody Guthrie's 'All You Fascists Bound To Lose' and sees the band clearly setting out its anti-racist agenda. It finds the two original members of The Selecter in fine form, backed by a solid rhythm interwoven with a sinewy horn section. It's followed by 'Fuck Art, Let's Dance', which looks back at the band's past, paving the way for a stunning cover of Amy Winehouse's 'Back To Black' with perhaps some of the most soulful vocals Pauline Black has ever recorded.

After a trio of solid tracks like that, it would have been easy for the band to switch to automatic and record seven tracks of filler. Thankfully, the passion, commitment and integrity of the musicians shines through and drives the album forward to deliver a unified whole, where the trademark socially conscious lyrics are given a musical setting which neither submerges nor subtracts from the message.

'My England', in particular, makes the point that, while many things have changed in society over the past three decades, too many issues remain the same: racism, disenfranchisement, disempowerment, unemployment, poverty, cuts in public services, the seemingly unstoppable rise of right wing politics and the marginalisation of a sizeable proportion of the population from a ruling elite fixated on the twin fetishes of consumerism and materialism. Nowhere is this more strikingly underlined than in the inclusion of a new version of 'They Make Me Mad' from 1980's Too Much Pressure album, the lyrics of which are as relevant as they ever were in their attack on the divisive rhetoric of the privileged...

It's often said that hindsight is 20/20 but perspectives gained from the passing of time seem to show that the effects of the burgeoning of punk rock in the mid-1970s have been almost seismic in scale. This genre undoubtedly had a transformative influence on socio-political and (sub)cultural activism, with its support for a range of anti-authoritarian ideologies and philosophies, along with its DIY ethic shaking up the moribund music industry of the time.

For me, punk rock's embracement of the "radical idea that women are people too", along with a love of the ska, rocksteady and reggae emerging from Jamaica, had a huge personal influence and this continues over 30 years later. I was in my early twenties during the mid-1970s and, to be blunt, much of the early punk music passed me by. Musically, it seemed to me that bands like The Sex Pistols and The Ramones were doing little more than recreating 1960s garage rock and I often found myself more into the dub reggae records that were regularly played through the PA before and between the live sets at punk gigs.

Meanwhile, there were many women making music - The Slits and X Ray Spex come immediately to mind - but there seemed to be few women working in the reggae idiom. Many bands would drop one or two tunes with that syncopated backbeat but I wasn't hearing anyone who seemed to have fallen for it as completely as I had. That changed with the 2 Tone sound coming out of the West Midlands in the late 1970s: The Specials and Madness received a lot of attention but the one album that really hit home for me was The Selecter's Too Much Pressure in 1980. It had everything: a heady brew of punk, ska and reggae music, politically conscious lyrics and the raw, passionate vocals of iconic singer Pauline Black - dubbed the 'Queen of British Ska'.